The Legend of Zelda: Ocarina of Time

A young boy named Link was raised in the village of the elf-like Kokiri people. One day a fairy named Navi introduces him to the village's guardian, the Great Deku Tree. It appears that a mysterious man has cursed the tree, and Link is sent to the Hyrule Castle to find out more. Princess Zelda tells Link that Ganondorf, the leader of the Gerudo tribe, seeks to obtain the Triforce, a holy relic that grants immense power to the one who possesses it. Link must do everything in his power to obtain the Triforce before Ganondorf does, and save Hyrule.

Ocarina of Time is the first 3D installment of the Legend of Zelda series. Like most of its predecessors, it is an action game with puzzle-solving and light role-playing elements. Basic gameplay system is similar to the previous games, allowing Link to explore the world and complete dungeons to obtain key items and advance the plot. Sword combat as well as many familiar items such as boomerang, bombs, the series' currency (rupees) of various values, heart containers and their collectible fragments permanently increasing Link's health, etc., return in this installment. Link can now lock on enemies for melee and ranged combat, actively use a shield to deflect projectiles, as well as use various magic items. Dungeon exploration is somewhat more puzzle-oriented than in earlier games. Link can climb certain surfaces, dive underwater, as well as automatically jump.

The game begins with the player controlling the child Link, but later on an adult Link becomes a playable character as well. Each of them has certain unique abilities: for example, only adult Link can use bow and arrows, but only the child Link can crawl through narrow spaces. During the course of the game the player obtains the Ocarina of Time. Learning and playing melodies on that ocarina is needed to advance the plot, complete certain side quests, or travel in time, switching between the two versions of Link. It is also possible to befriend and ride a horse named Epona to facilitate travel between areas. 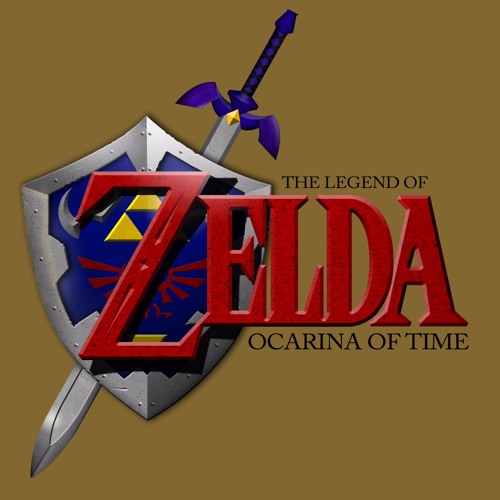