The Legend of Zelda: Majora's Mask

After having fulfilled Princess Zelda's request and saved the land of Hyrule from a grave danger, Link departs on his horse Epona. In the Lost Woods he is ambushed by Skull Kid, an imp who dons a mysterious mask, accompanied by the fairies Tael and Tatl. Skull Kid turns Link into a small plant-like creature known as Deku Scrub and takes away his horse and his magical ocarina. Shortly afterwards Tatl joins Link and agrees to help him revert to his native form. A meeting with a wandering mask salesman reveals that the Skull Kid is wearing Majora's Mask, an ancient item used in hexing rituals, which calls forth a menacing moon hovering over the land of Termina. Link has exactly three days to find a way to prevent this from happening.

Majora's Mask is a direct sequel to Ocarina of Time. It utilizes the same engine and visual style, and virtually identical interface. The game retains the traditional elements of Zelda games (dungeon exploration, sword fighting, bows, bombs, heart containers, etc.) as well as those introduced in its immediate predecessor, such as active blocking with a shield, various throwing items, and the usage of melodies played on the ocarina to solve puzzles. Compared to the previous Zelda games, this installment is more oriented towards interaction with NPCs and has a larger variety of items, optional quests, and mini-games.

Also unique to this entry is its time system. The game has an internal clock, with one hour roughly corresponding to one real-life minute. If the player hasn't completed all the objectives within three in-game days, the moon falls on Termina, annihilating everyone and ending the game. However, the player can return to the first day at any time by playing a song on the ocarina, saving all quest-related progress and inventory but losing other items such as ammunition or money (unless stored in a bank). It is also possible to learn melodies that slow the time passage significantly, or advance the clock instantly to the next day. Some events happen only at specific times, and many characters follow their own schedules throughout the three days. Owl statues scattered across the land provide quick-save points and serve as teleporters between areas when discovered.

Collection and usage of masks play an important role in the game. Most of the twenty-four masks that can be found in the game are optional, and usually serve to solve side quests or enhance Link's abilities, allowing him, for example, to run faster or to become invisible. Transformation masks can be used to turn Link into a Deku Scrub, a Goron, or a Zora. Each of these forms has access to unique abilities, many of which are essential to the completion of the game. Among other skills, Deku Link can shoot bubbles from his mouth and float between flowers; Goron Link can operate heavy switches and walk through lava without taking damage, and weigh down heavy switches; Zora Link can swim fast and generate force fields. 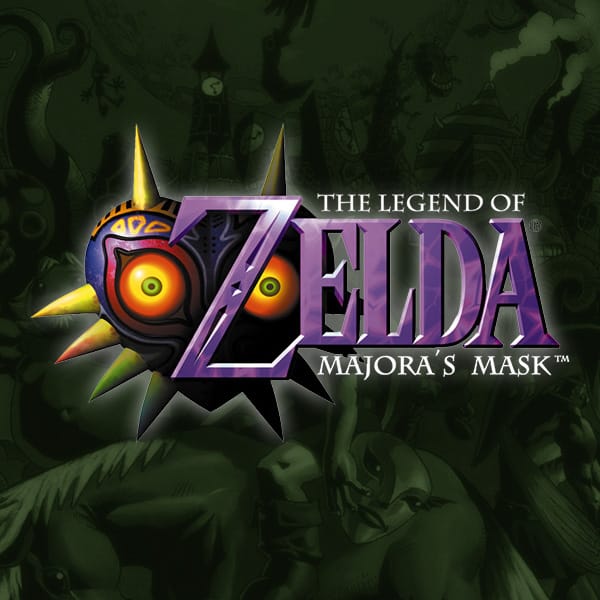