The Legend of Zelda: Collector's Edition

THE LEGEND OF ZELDA Ganon, the King of Evil, has broken free of the Dark World and has captured Hyrule's beloved Princess Zelda. But, before she was caught, Zelda™ managed to shatter the Triforce of Wisdom and scatter its eight pieces throughout Hyrule. You begin your adventure by finding a small wooden sword in a dark cave. Then, as you grow in stature, experience, and strength, so do your weapons. Help Link™ collect the captured pieces of the Triforce, rescue the princess, and thwart Ganon’s evil plans!

ZELDA II: THE ADVENTURE OF LINK Link™ returns to Hyrule to search for the Triforce and to awaken Zelda™ from an endless sleep. Embark on a quest to find the Triforce of Courage and save Hyrule from ruin. Learn magic spells, talk to people in towns to get clues, collect items to increase your power, and explore six palaces where the underlings of the evil Ganon await you. This sequel to the adventure classic uses a side-scrolling visual engine unique to the series for more technical combat, and it features more in-depth world roaming as Link encounters townsfolk while on his quest.

THE LEGEND OF ZELDA: OCARINA OF TIME Your quest takes you through dense forests and across wind-whipped deserts. Swim raging rivers, climb treacherous mountains, dash on horseback across rolling hills, and delve into dungeons full of creatures that fight to the finish to put an end to your adventures. As Link, you'll also travel through time to solve puzzles, save friends, and right Ganondorf's wrongs with the help from your trusty Ocarina of Time and the mysterious youth, Sheik. The Legend of Zelda: Ocarina of Time is one of Nintendo's most epic challenges ever and one of its most touching stories, and is an absolute must-play for Nintendo fans.

THE LEGEND OF ZELDA: MAJORA'S MASK Upon landing in the mystical world of Termina, Link must embark on an urgent quest to solve the mystery of the moon, save the world from destruction, and find his way back to the peaceful land of Hyrule in just three days! Use the Ocarina's power to manipulate time, and plan your schedule as you solve mind-boggling puzzles and dungeons! 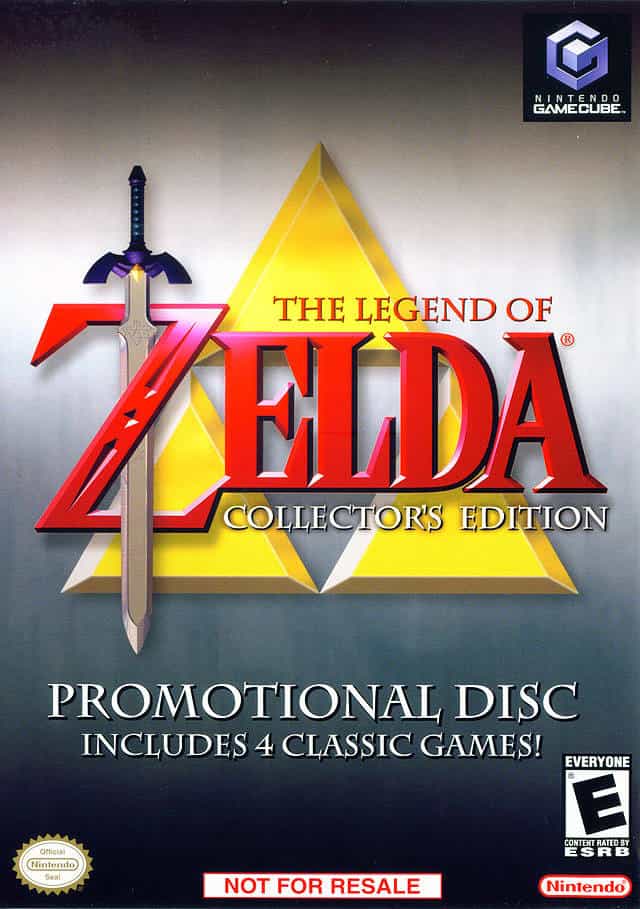