Insmouse No Yakata (sometimes translated as Insane Mouse Mansion, though it really means House of Insmouse) is a survival-horror video game released exclusively for the Virtual Boy. It was released only in Japan (although a western localization was in the works by Acclaim, but was ultimately canceled). It plays like a dungeon crawler with first person shooting elements, with a time limit at every level. You take control of a private detective in 1922, who was hired to travel to an allegedly haunted forest in to retrieve the necronomicon within a mansion. After retrieving the book, he finds himself trapped as the inside of the mansion changes and monsters began to inhabit within. Your ultimate goal is to find the key of Doman and make it to the exit. Try to escape the mansion with the book, alive, and collect your paycheck! Inspired by the works of H.P. Lovecraft. 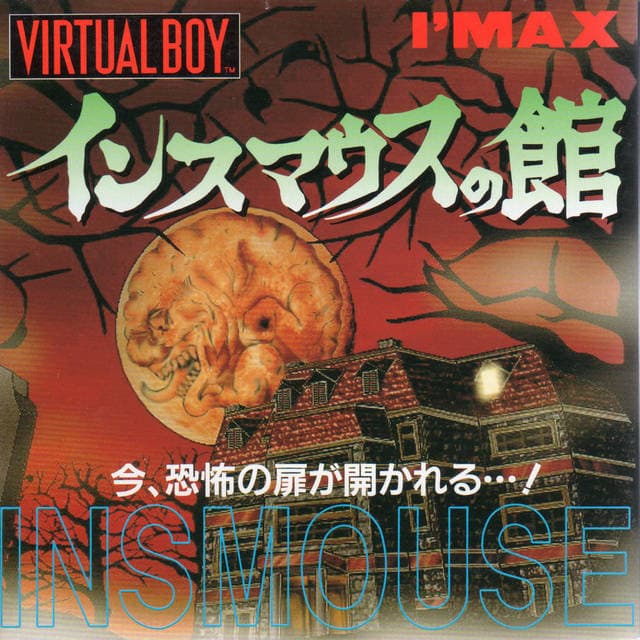