No Time to Explain

No Time to Explain is a comedy platformer game about jetpack guns, giant enemy crabs and time paradoxes. It began as a web game prototype, got onto Kickstarter, got Greenlit and released on Steam on January 25, 2013. It has 100+ levels, real voice screaming and hats.

The main character uses his future self's gun, which also doubles as a boost jump. Aiming the gun requires moving the mouse to shoot the gun in any direction. The player jumps through levels that require precision use of the gun's boost ability. The gun also steers your momentum in the air depending on the direction the gun is pointed. The game progresses as you follow your future self as he is screaming in pain and agony, and this all leads to a boss fight with the giant crab. Each level is similar as your future self gets taken away by different monsters. 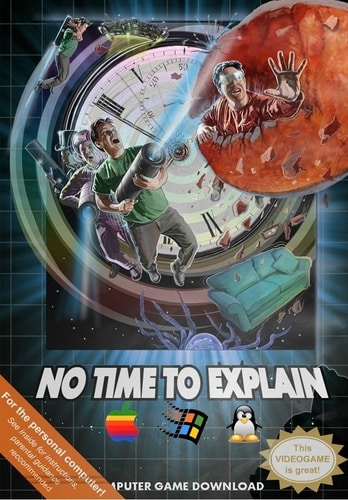