Players begin by selecting a character to use for the entire championship. Following this, the player is presented with a screen showing the courses on which they can race and a weather forecast for each day of the circuit. The more difficult the circuit, the more races (and thus, days) the player must complete. Players can select the order in which they wish to race the courses. This decision can be affected by aforementioned forecast. If the player finds a certain course to be more difficult when it is raining, he or she can elect to play that course on a day which is forecast to be sunny.

After the selection of a course, gameplay begins. Players begin in a field of eight racers. Position at the beginning of a race is determined by your finish in the previous race, e.g. a player finishing third in one race will begin in the third position before the starting line of the following race. In the first race, players begin in eighth. As the player waits for the race to begin, a stoplight changes from red to yellow to green, indicating the start of the race. If a player times it just right, by pressing the accelerator exactly as the light turns green, he or she will receive a turbo, which can be activated at the player's whim and which significantly boosts the speed of the player's craft for a short time.

The player then begins to navigate the course. In every course, buoys are set up in two colors: red and yellow. Red buoys are supposed to be passed on the right; yellow buoys on the left. Passing buoys correctly builds up your turbo meter. Other than the method mentioned above, which only works at the very beginning of a race, turbos can only be acquired by correctly navigating five of these buoys or by performing a stunt (see Stunt Mode under Game Modes, below). Each stunt, like each buoy, fills one-fifth of the meter. Incorrectly passing a buoy results in the loss of any built-up turbo stages. This leads to some degree of strategy. For example, a player might build up a turbo, then use it to cut off a buoy placed in an awkward manner, or one off a distance to the side, thus eliminating much of the time that would have been used to get to and correctly pass that buoy.

There are other, smaller red buoys which mark the boundaries of each course. Going outside of these buoys is not recommended, as staying outside of them for too long results in a disqualification.

During the race, the player is often bombarded (depending on weather conditions) with waves and rain which can force an inexperienced player off-course, or into obstacles or other riders. Successful navigation of these waves is essential. This is where the game's uniqueness in the genre comes to light. Waves are completely random and are affected by the weather, making for a different experience from that of most other games in the racing genre, such as the PlayStation 2's Splashdown. Every race consists of three laps. Often during a race, shortcuts will be revealed as the player passes each lap. Spotting these shortcuts as they appear can be essential to victory.

Victory comes when the player finishes first overall in total points at the end of the circuit. 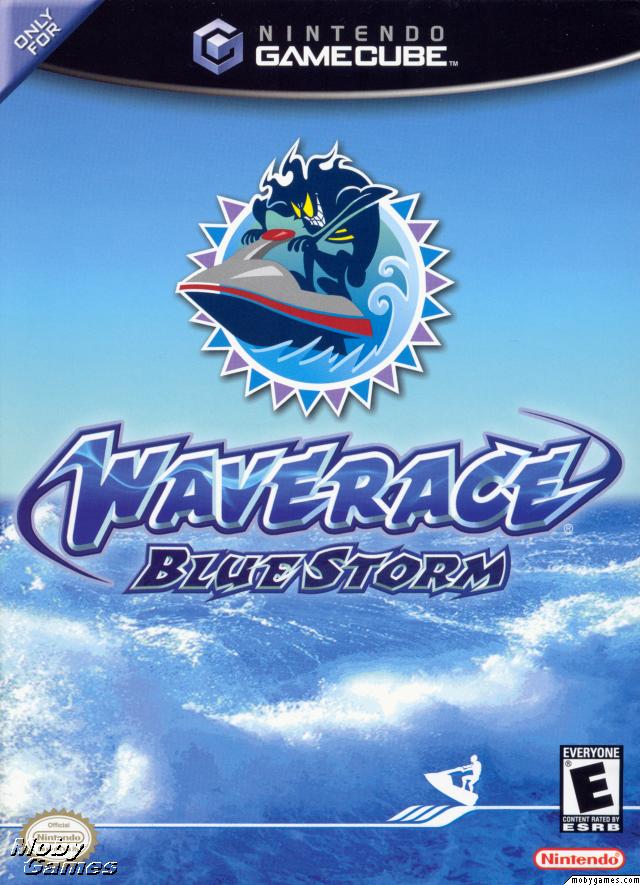