F.E.A.R. 2: Project Origin is the sequel to F.E.A.R.: First Encounter Assault Recon and continues the series' trademark blend of supernatural horror and suspense. Many mechanics from the original first-person shooter have made their way into the game, like slow motion bullet time, and intelligent AI. New gameplay elements have also been introduced, like grab and drag movable cover, combat mechs, and iron sight aiming. The environments are now more open and less linear than those in the first game, and are also more diverse.

Point-Man, the protagonist of the first F.E.A.R. has been replaced by a new playable character, Michael Becket, a Delta Force operator who has been sent on a mission to arrest Armacham president Genevieve Aristide approximately 30 minutes before the ending of the first game. Alma, the strange little girl returns to give you scares and also assist you at some points.

The game only takes the original game into account and ignores all events from the expansion packs Extraction Point and Perseus Mandate. 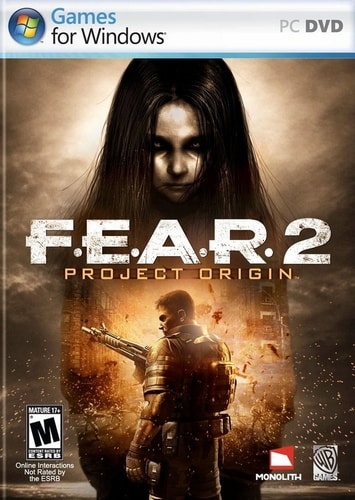