The second expansion pack to F.E.A.R. finds the player leading an alternative F.E.A.R team tasked with investigating the Perseus project at Armacham facilities. For this mission the player is partnered with Captain David Raynes and Lt. Steven Chen, who do their best to assist the player throughout the campaign.

The game's action and horror elements are tied to a plot filled with backstabs and double-crosses as senator, his lackey and a group of shadowy mercenaries clash in their journey to unlock the mysteries revealed in the previous F.E.A.R games. In addition to the weapons from the first two F.E.A.R games, in Perseus Mandate the player has access to a grenade launcher, a lightning gun and an advanced rifle, all of which will be necessary to dispatch a tough new cast of bad guys.

Unlike the previous expansion, this title can be played stand-alone and does not require the original game. 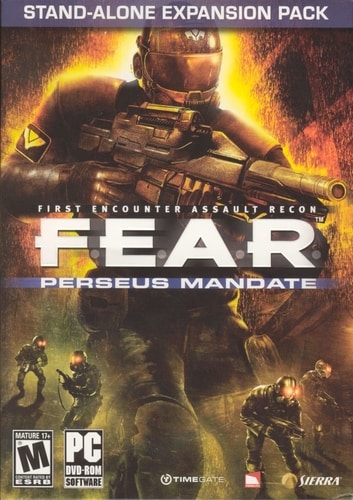