F.E.A.R. Extraction Point is an expansion pack for the horror themed first-person shooter video game F.E.A.R., published by Vivendi Universal and developed by TimeGate Studios, rather than Monolith Productions, the developers of F.E.A.R.. It was released on October 24, 2006 for Windows and requires the full original game in order to be played. Also, a stand-alone single player demo has been previously released.

This expansion owes its name to the game's ultimate goal for the player, to reach the extraction point and leave the city where the adventure takes place. Extraction Point adds new weapons, enemies, and single-player levels, but no new multiplayer content. Additional improvements were also made to the enemy artificial intelligence. The sequel to F.E.A.R., F.E.A.R. 2: Project Origin, ignores the events of both expansion packs. 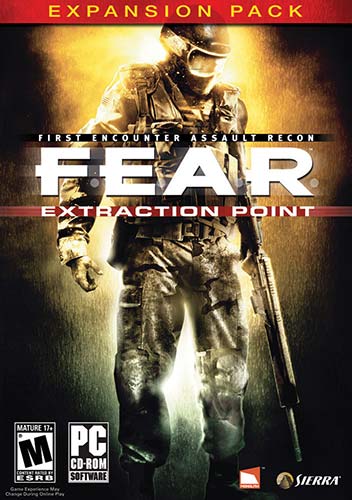