Crysis 3 is a first-person shooter video game developed by Crytek, published by Electronic Arts for PC, PlayStation 3, and Xbox 360 and released in North America on February 19, 2013. Inadvertently revealed by Electronic Arts in April 2012,the game is the third main installment of the Crysis series, a sequel to the 2011 video game Crysis 2, and will run on the CryEngine 3 game engine.

Players take on the role of Prophet as he returns to New York in 2047, 24 years after the events of Crysis 2. He discovers the city has been encased in a giant Nanodome created by the corrupt C.E.L.L. corporation. The New York City Liberty Dome is a veritable urban rainforest teeming with overgrown trees, dense swamplands and raging rivers. 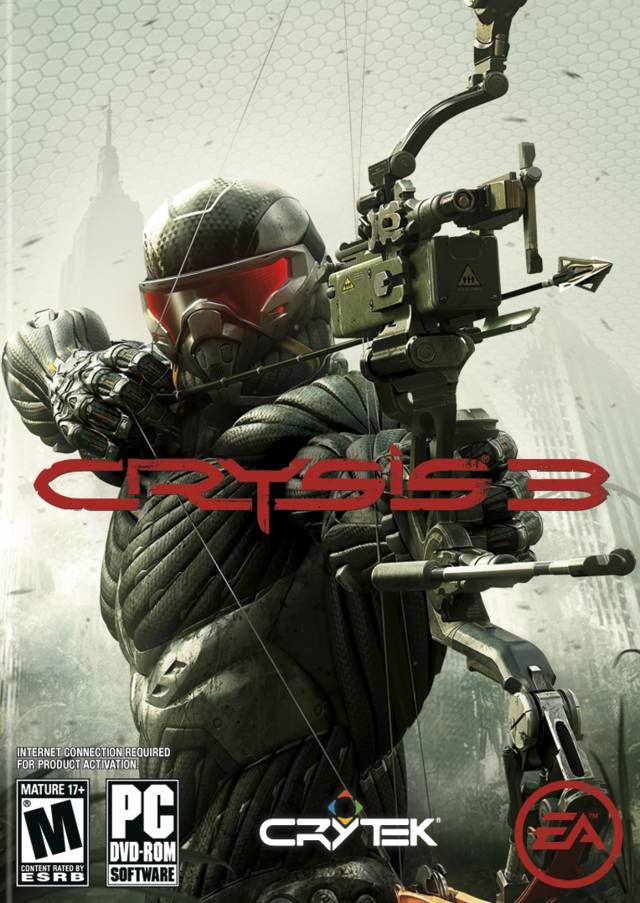