Resident Evil 2: Dual Shock Ver., known as Biohazard 2 Dual Shock Ver. (バイオハザード2：デュアルショックバージョン Baiohazādo Tsū: De~yuarushokkubājon?) in Japan, As the title suggests, is a second expanded version of Resident Evil 2 that became the base of other subsequent versions/ports of the game. The game was modified to incorporate support for the vibration function and analog control of the PlayStation DualShock controller.

The main addition is a new unlockable mini-game, "Extreme Battle". The objective is to reach the police station from the underground laboratory and retrieve four anti-biohazard bombs located throughout the station. There are four playable characters and three difficulty settings.

There are also some minor additions, such as ranking screens for the Hunk and Tofu mini-games, a Rookie difficulty setting for the main game, as well as a "USA version" mode in the Japanese version, based on the North American version's default setting and a new cheat code that grants the player unlimited ammo for all weapons. 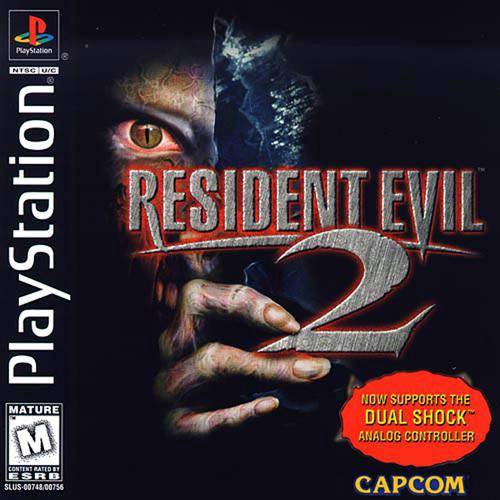