Tim Schafer, the game's creative director, was inspired to create the game by his own past musical experiences. The game features the character of Eddie Riggs, voiced by and modeled after Jack Black, a roadie who is transported to a fantasy world inspired by the artwork of heavy metal album covers. Eddie becomes the world's savior, leading the down-trodden humans against a range of supernatural overlords using a battle axe, his Flying V guitar that can tap into the magical powers of the world, and a customizable hot rod.

The game, a hybrid of the action-adventure and real-time strategy genres, includes Stage Battles in both the single-player and multiplayer mode, where the player must command troops to defeat their foes while defending their own stage. In addition to Black, the game features voices of heavy metal musicians including Lemmy Kilmister, Rob Halford, Ozzy Osbourne and Lita Ford and other celebrities such as Tim Curry, as well as more than one hundred metal songs selected by Schafer for inclusion in the game. 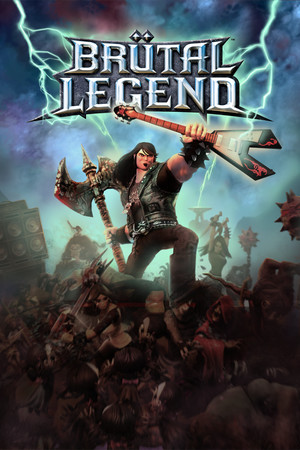