The Simpsons: Hit & Run can be best described as Grand Theft Auto in Springfield.

The player takes on the role of Homer, Marge, Bart, Lisa or Apu and tries to uncover a mystery surrounding mechanical bees that are taking over Springfield, mysterious vans, and cola that can control the minds of those who drink it.

Like GTA, the game follows a linear-based path through fifty plus missions. The player will have to chase cars and find out where they're headed, grab all the spilling cola cans before people can drink them, and chase down villains before they get away.

Throughout the course of the game, the player can unlock tons of rewards by completing missions in a set amount of time or performing outstanding stunts.

All voiceovers are performed by those who act in the show, including Dan Castellaneta (Homer), Julie Kavner (Marge) and Yeardley Smith (Lisa).

The game supports multiplayer action for up to four players. 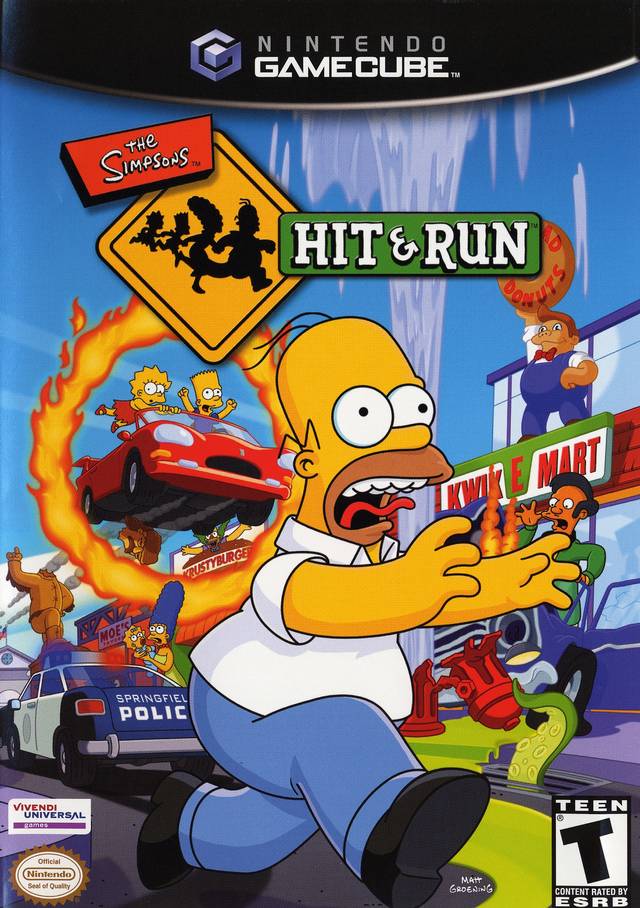