Up for a little guerilla warfare? You asked for it. You're behind enemy lines, armed with only a knife and a mission: to free dozens of POWs hidden in an isolated, well-armored camp. If you're good, you'll pick off the heavily-armed enemy guerillas, one by one, and grab their bazookas and hand grenades. If you're great, you'll turn their weapons against them, to blow away a pack of attack dogs, a fleet of choppers, and a whole battalion of guards. But make one mistake, and it's all over. For you, our POWs... the future of the Free World! 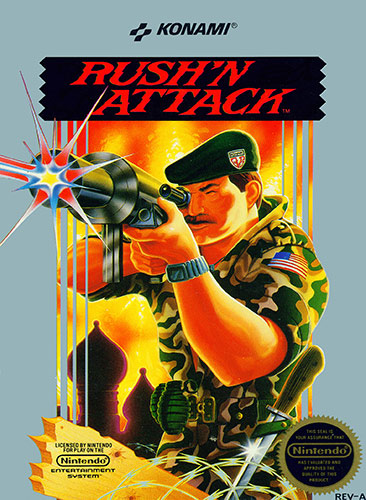