Take on the fight as the volatile Sergeant "Psycho" Sykes in a new parallel story taking place during the events of Crysis. Psycho's secret mission will take him to the other side of the island on a ruthless pursuit of a North Korean general hell-bent on obtaining powerful technology. With the versatile powers of his Nanosuit and an arsenal of fully customizable weapons & vehicles at his disposal, Sykes will do whatever it takes to carry out his top-secret objective. Action on the other side of the island is more intense, the battles are fierce, and the mission protocol is no longer "Adapt to Survive". As Sergeant Sykes, now you must adapt to dominate the battle. Twin SMG's blazing, seizing new vehicles, or going stealth, the action and the victory is on your terms.

Crysis Warhead is a stand-alone add-on for Crysis. But instead of advancing the story of the original game, it puts the player in the shoes of Sergeant "Psycho" Skyes who has to hunt down Colonel Ji-Sung Lee, a ruthless political officer of the Korean People's Army and his mysterious cargo container. Like in Half-Life: Opposing Force, the events take place at the same time as Nomad, the hero of the original game, is traveling over the island and end when Nomad and Psycho meet back up on the aircraft carrier. This also means, if the player has played Crysis, he already knows what is inside the container. 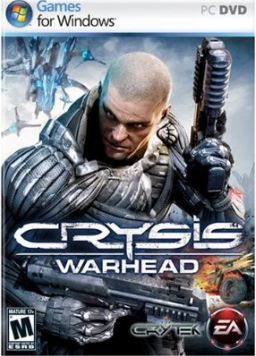