You can be part of an elite squad of soldiers in Star Wars Republic Commando. Play as one of a team of republic troops in the time between Star Wars episodes II and III. Your squad will be assigned a variety of missions ranging from hostage rescue to assassination on many recognizable worlds from the Star Wars universe. You can play multiplayer game modes such as capture the flag and deathmatch online. 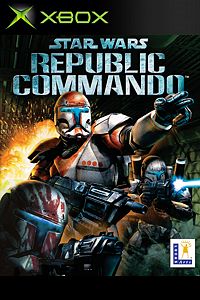