MadWorld is a game with highly stylized black and white graphics, over-the-top violence and visceral action which incorporating a layer of unexpected, irreverent comedy that makes the experience unlike any other. In MadWorld, Varrigan City is under siege by a terrorist group simply known as "The Organizers." They have isolated its citizens from the rest of the world, and have turned the city into a bizarre and twisted game show environment called "Death Watch." In this game of survival, all the citizens have become reluctant contestants and they are pitted against unknown enemies in the ultimate battle of life or death, where only the strongest will prevail. As Jack, players make their way through the various levels and environments in Varrigan City, crafting clever traps and using various weapons - chainsaws, street signs, and daggers, to name a few - to destroy enemies who threaten their lives.

The Wii Remote and Nunchuk are used in a variety of motions that mimic the action on screen. Lively sports commentators call out moves as players execute them, and darkly comical finishing moves add a level of irreverence that contributes to the game's unique tone. Along with the exaggerated characters, upbeat pace and bloody visuals that define "Death Watch," a variety of crazed mini-games called "Blood Bath Challenges" are scattered among the levels, giving players a chance to upgrade weapons and increase overall scores. 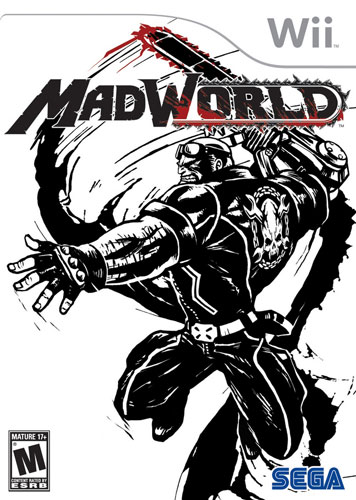