Wii Sports consists of five separate sports games: tennis, baseball, bowling, golf, and boxing. The games use the motion sensor capabilities of the Wii Remote and Nunchuk attachment to control the actions of the on-screen character. The player moves the remote in a similar manner to how the separate games are played in real life; for example, holding and swinging the Wii Remote like a golf club, baseball bat or bowling ball. Some aspects of the gameplay are computer controlled. In tennis, player movement is controlled by the Wii, while the swinging of the racket is controlled by the player. Baseball consists of batting and pitching, with all of the fielding and baserunning handled by the Wii.

Each game features a standard play mode, training mode, and multiple player options. Every game has a single-player or two-player mode, and some games allow up to four players via various methods.

The in-game characters are taken from the Wii's Mii Channel, which allows the user to create a Mii that can be imported into games that support the feature. Miis saved on the Wii will appear in the crowd during bowling games and as members of human-controlled teams in baseball. The non-player characters in the game were also created using the Mii Channel toolset. 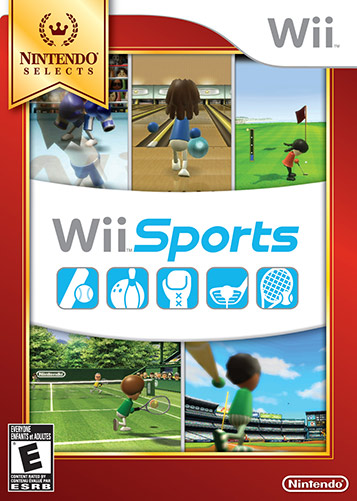