Dr. Wily has revived his Robot Masters and contructed a "Mega Man Killer"! Send them back to the trash heap!

Dr. Wily is at it again.! Fresh from his defeat at the hands of Mega Man, the mad scientist Dr. Wily has revived his Robot Masters and even constructed a new ““Mega Man Killer”” named Enker, all to further his quest for global domination. Now, only Mega Man can save the world from destruction.! Featuring content from the original Mega Man and Mega Man 2, play as Capcom's iconic cybernetic superhero in his first portable adventure. Fight through four stages in order to send Dr. Wily and his eight evil creations back to the trash heap.! 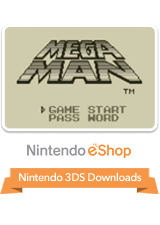