20XX - Gamindustri faces a dire crisis. Shops are boarded up, creators are overworked and starving, and death looms over all Gamindustrimen. However, humanity perseveres on! In years past, the deserted lands of Gamindustri were known as the 'realm of chaos'. Since the advent of ASIC -the Arfoire Syndicate of International Crime- morality has all but vanished. As much as 80 percent of all students are rumored to worship the being known as Arfoire. Parents, knowing this is a poor object to worship, went ahead and taught their children to do so. The government turned a blind eye instead of crushing this crisis in its infancy. Thus, Gamindustri fell into complete and utter disarray. The citizens have come to accept all of the corruption as normal. They take no issue with acquiring items illegally. Those who were victims of this mentality became exhausted and were sent to wander the Gamindustri Graveyard forever.

Hyperdimension Neptunia mk2 is a sequel to Hyperdimension Neptunia and contains brand new main characters, as well as returning characters, and the gameplay has been updated so as to remove the random encounter feature. New maps and a brand new world feature as well, and the cut scenes have been upgraded to 3D from the old 2D visual novel style cut scenes.

● All new free roaming style baale system and a combo aaack system. ● Hilarious story with lots of references to the game industry. ● Improved user interface and HUD. ● Improved field maps with visual enemy encounter that gives you a better sense of adventuring. ● Multiple endings, Over 50 hours of gameplay. ● Adorable characters that appeals to hardcore anime fans. 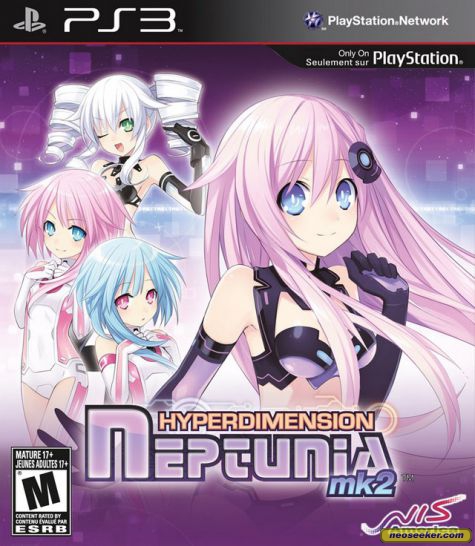