Dead or Alive 2 is a fighting game in the Dead or Alive series. It debuted in arcades in October 1999 and was released on February 29, 2000 for the Dreamcast, and later for the PlayStation 2. It had also several enhanced editions and was remade for the Xbox as part of Dead or Alive Ultimate.

The story is narrative continuation of the first game. A great leader was killed at the end of the 20th century. His name was Fame Douglas, and he was renowned as the sponsor of the legendary Dead or Alive World Combat Championship. Since his death, and in the absence of his charisma and leadership, the world has become chaotic. Yet something appears to be transpiring. Amid this chaos, it is announced that the Dead or Alive Championship 2 will be held. However, Douglas's passing has taken with it the purpose and significance of the tournament. Even worse, the promoter of Dead or Alive Championship 2, who is fond of conflicts and jealous of the string, is responsible for Douglas' death. The new promoter is more than a corrupt mastermind, but a man of pure evil. His involvement in the tournament has brought a sense of terror to the world, resulting in the infamous Tengu disaster that occurred at the end of the 20th century. The climax of the disaster is about to begin with a roaring battle. 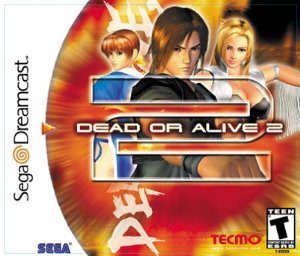