Gameplay Diversity Discover endless ways to slay your enemies by choosing your path on the sprawling Passive Skill Tree. Create a classic ranged archer or switch things up by taking a spellcasting tank into battle. Though item crafting, build creation and skill combination, the limits of your power and creativity are boundless.

Pick Your Exile Choose from 7 classes and 19 subclasses to make your way through the unforgiving land of Wraeclast. Your class dictates your starting point on the passive tree, but won't lock you into archetypes if you want to venture off the beaten path with your character build. flame sword

Customize Your Skills Combine a Skill Gem with up to five Support Gems to enhance the power of the skill or change its behavior. For example, augment the Burning Arrow Skill with just two support gems and turn it from a single fiery projectile into a barrage of five simultaneous arrows, each ricocheting off monsters.

Discover, Craft and Enchant Items As you bring destruction to Wraeclast, you'll find randomly generated items that can be enhanced and modified through myriad crafting options. At its core, Path of Exile is a game about finding, crafting and coveting powerful items.

Play With Others You can play solo or in parties of up to six and choose whether you'd like to participate in the trade economy or use only self-found items. Test your mettle by competing on seasonal ladders and daily leaderboards for prizes and bragging rights!

Conquer the End Game After you kill and loot your way through ten acts of treacherous content, you'll be thrust into our customizable Atlas of Worlds end-game where you'll be able to craft and master the domains you encounter to maximize your risk and reward.

Keeping Things Fresh Path of Exile receives frequent updates as well as new expansions that contain fresh content every 13 weeks. Exile yourself at any time and find your place in one of the permanent servers or in fresh seasonal events.

We are a friendly team of developers who put the community at the forefront of our priorities with five news posts a week and frequent communication. Come hang out with us. We hope to see you in Wraeclast! 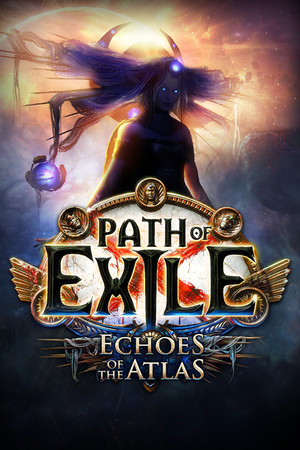