Attack of the Mutant Penguins

In the distant galaxy of Bleurggh, an evil (but reasonably stupid) band of aliens picked up some of Earth's television signals. Unfortunately for them, they could only tune in a wildlife program. They figured the Earth would be a pushover to invade, so they disguised themselves as its inhabitants -- penguins! Word of the invasion has reached those champions of intergalactic do-goodery, Bernard and Rodney. Now, with their help, you must prevent the alien mutant penguins from triggering the Doomscale and destroying the Earth. Are you up to the challenge? 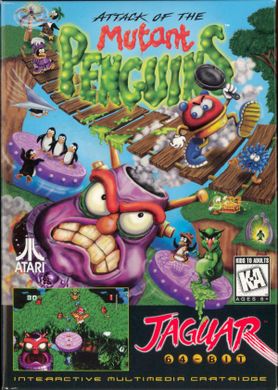