You are Dirk the Daring, trying to rescue the lovely Princess Daphne from the evil Wizard Mordroc's spooky castle. Mordroc has more than a few twisted tricks up his sleeve, like tilting tiles, gobbling goblins, and a surplus of slime. His line-up of heinous henchmen include the Acid Creature and the Robot Knight - two nasty characters - and a fire-breathing dragon named Singe, whose welcome may be a bit too warm! The heat is on! Enter the lair - if you dare!

Originally released in the arcades as a laserdisc game, Dragon's Lair is an interactive cartoon movie.The game consists of animated scenes directed by animation legend Don Bluth, during which the player has to press direction buttons or the sword button in the right moment to trigger the next segment of the movie. 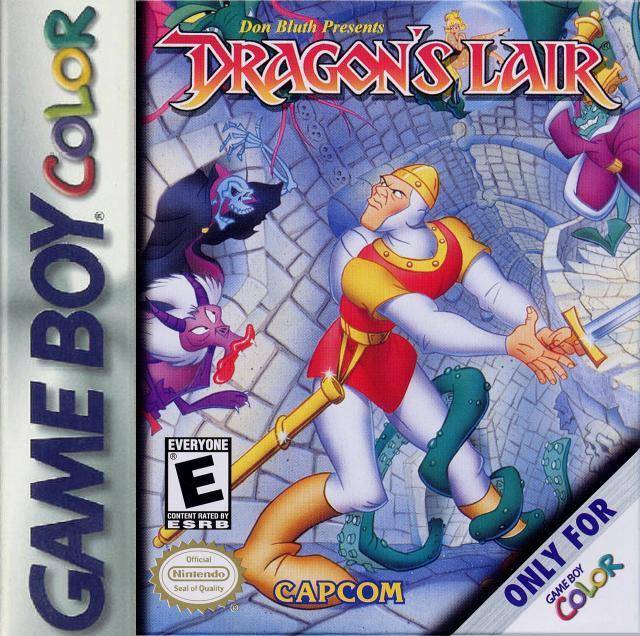