Ninja Gaiden III: The Ancient Ship of Doom, known in Japan as Ninja Ryūkenden III: Yomi no Hakobune (忍者龍剣伝III 黄泉の方舟?, lit. "Legend of the Ninja Dragon Sword III: The Ark from Hades") is a side-scrolling platforming video game developed and published by Tecmo. It was released in Japan on June 26, 1991 for the Famicom and in North America in August 1991 for the Nintendo Entertainment System (NES).

It was designed by Masato Kato, who took over for Hideo Yoshizawa—designer of the first two games in the NES series. 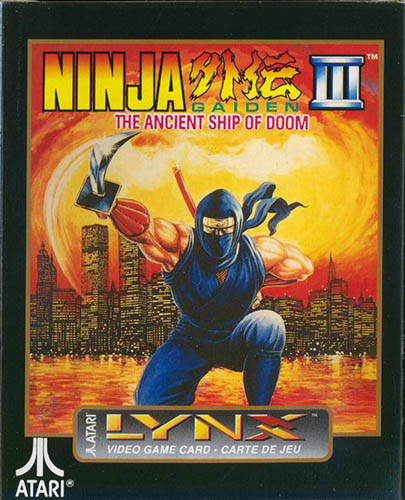