Deadly Premonition is a psychological horror open world game which gives the player the freedom to explore the town of Greenvale and choose events and activities to participate in, alongside mandatory sequences which advance the game's overall story. The main character, Agent York, is controlled from an over-the-shoulder perspective, and can wander freely, talk to other characters, and collect and use inventory, including an array of melee and ranged weaponry and recovery items. He is awarded money for numerous actions - both for solving quests and for minor events like killing enemies; money can also be penalized for poor performance. York may explore the environments on foot, or use one of a variety of cars to travel long distances at speed. These cars must be maintained, as they consume fuel, which York must purchase, and accumulate damage which will render them useless unless York pays for their repair. York himself must also be maintained, as he requires food and sleep at regular intervals. He must also shave and change his clothes periodically or his hygiene-related scores will suffer.

The game gives the player control of FBI Special Agent Francis York Morgan (referred to as York), who arrives at the fictional town of Greenvale sent to investigate the murder of a young woman, Anna Graham. York takes on the case due to the manner of the killing; a seemingly ritualistic murder of a young woman where red seeds have been found on or near the body, as this is similar to a series of other murders across the country. Upon arriving in the town, York is greeted by town sheriff George Woodman and his deputy Emily Wyatt, who York quickly develops an attraction to. York generates considerable friction with his dismissive attitude toward the locals, bizarre demeanor, and tendency to interrupt conversations to deliver asides to an unseen person he refers to as "Zach". 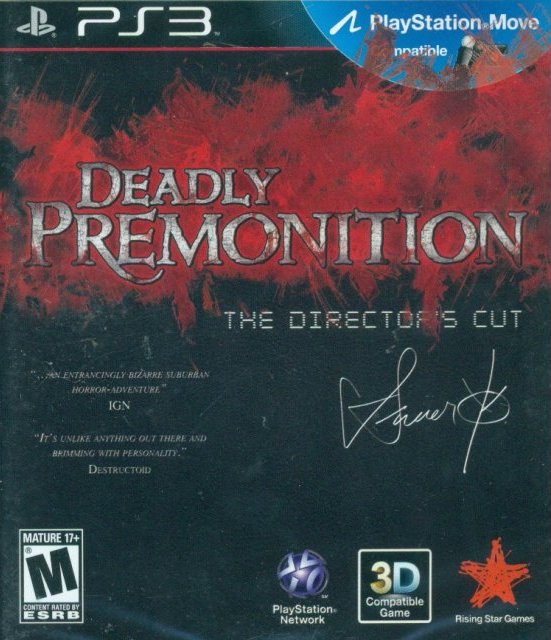