Like the original game, Poker Night 2 is a computer-based poker simulation between an unseen participant (the player) and four characters. Each player starts with the same amount of virtual money, and competes in standard poker rules to try to eliminate all the other players by exhausting their money. In addition to Texas hold 'em style of play, Poker Night 2 includes Omaha hold 'em as well.

The four additional characters in addition to the player are Sam from the Sam & Max franchise (voiced by David Nowlin), who is assisted by Max (voiced by David Boat), Brock Samson from The Venture Bros. (voiced by Patrick Warburton), Ash Williams from The Evil Dead franchise (voiced by Danny Webber), and Claptrap from the Borderlands series (voiced by David Eddings). GLaDOS (voiced by Ellen McLain) from the Portal series takes a supporting role as the dealer. During the hands, these characters will provide humorous chatter between each other and towards the player. Mad Moxxi from Borderlands also appears as the bartender, Captain Reginald Van Winslow (from Tales of Monkey Island) reprises his role as the casino chief. Additional brief cameos include Steve from Borderlands, Doug from The Walking Dead and a character from Gravity Bone.

The game features unlockable in-game card, chip and table designs, as well as "Bounty Unlocks" for completing certain goals, which will unlock Borderlands 2 content and, depending on the platform played, Team Fortress 2 items on Steam, Xbox Avatar items, or PlayStation 3 themes. Simultaneously using chips, cards, and tables sharing the same theme will alter the design of the Inventory, opening up new conversation possibilities. Players can also buy the other characters drinks in order to more easily expose their tells. 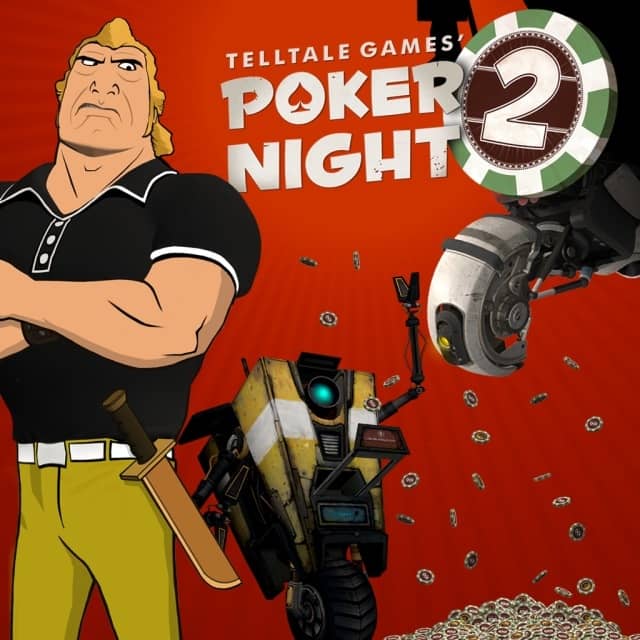