Thomas Was Alone is a puzzle platformer about friendship and a remake of the Flash game with the same name. The player takes control of a red shape that represents a string in a programming environment. The goal is to move through an abstract environment to complete 100 levels by moving and jumping. A level is completed when the shape is moved to a white outline of its form.

While the environment is a plain collection of shapes and the puzzle platforming is straightforward, the game is brought to life through the narration, explaining the thoughts and the emotions of the shape. The red shape is called Thomas and he feels alone. He has no idea where he is and does not know his purpose, but he quite enjoys moving around and jumping. Soon after, other shapes appear and while they provide a method for more complex puzzles by working together, the story's focus is on the interaction between the shapes, building their personality through their cooperation and abilities. The first to appear next is Christopher, an orange cube who takes an immediate dislike to Thomas. He cannot jump as high and they often need to act as stepping stones for each other. Other shapes to appear are the long and high jumping John, the large cube Claire who feels like a superhero because she can float on water while other shapes drown when they come in contact with it, and Laura who can be used to bounce as a trampoline.

In levels with multiple shapes, the player can switch between them to control them individually. Those levels have multiple white outlines and they can only be completed when all shapes are in the correct place. Not all levels contain all shapes at once but the player has no control over this at the start of a level. A grumpy Chris will for instance go about alone, and often the choice of the participating shapes and the level/puzzle design complement each other to visually express their emotions. In the level where Chris starts to fall in love with Laura for instance, the level is designed with a low ceiling showing Chris jumping like mad on Laura's trampoline shape. Later on a nemesis is introduced as a floating cloud. 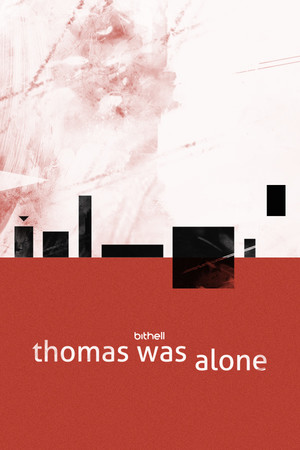