After the success of the Ghostbusters film (and indeed of the licensed game from Activision) a cartoon TV series was created, which this game is based on. The player controls a Ghostbuster, who has 10 levels full of ghosts to clear up.

This is done by first shooting the ghosts using a gun, and then by using a photon beam (by holding down the fire button) to suck them in for storage in the backpack. Photon recharges can be collected, as can the potential for an improved shot, as well as a shield. The Ghostbusters mascot Slimer also appears as a power-up, which hovers around the player's character killing ghosts on contact. 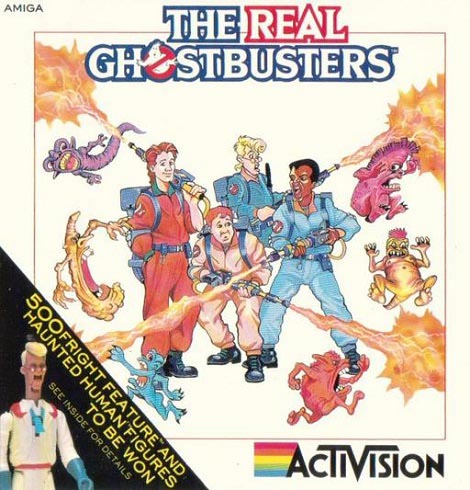