Audiosurf is an award-winning puzzle/rhythm hybrid game created by Invisible Handlebar, a personal company created by Dylan Fitterer. Its track-like stages visually mimic the music the player chooses, while the player races across several lanes collecting colored blocks that appear in sync with the music. The game was released on February 15, 2008 over Steam; the full version was for a long time only available for purchase through Steam, but was later released as a retail product in Europe, by Ascaron. Audiosurf was the first third party game to use Valve's Steamworks technology. The Zune HD version was also released as Audiosurf Tilt. 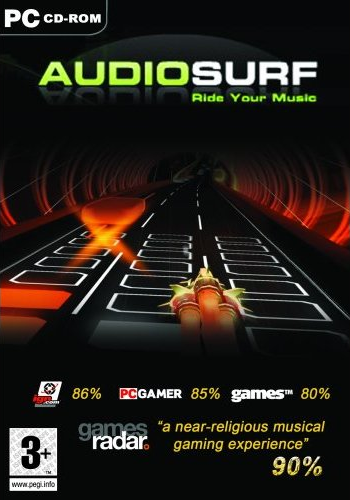