Air Battle is a flight simulator set in the World War I era. The player controls a biplane from an inside-the-cockpit perspective.

The player starts the game with the plane on ground. The plane will start moving and a flashing light will indicate when the plane has achieved enough speed to take-off. Once in the air, the player must try to take down the most enemy planes possible, while avoiding hitting friendly planes. The enemy planes have white tail sections while friendly have yellow tail sections. There's no way of telling if a plane is friend or foe if it is coming straight at the player, until it starts firing. The player can see incoming planes through a radar in the middle of the panel. 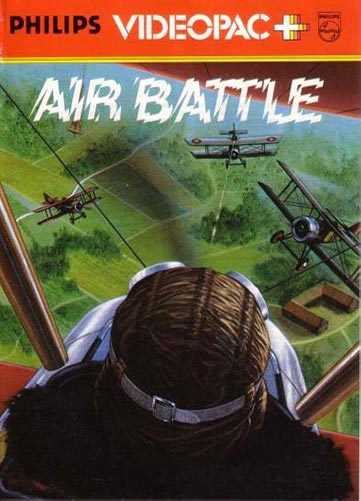