ARMORED ENCOUNTER! An astonishingly realistic simulation of armoured warfare! The electronic tanks not only look like tanks and sound like tanks--you even control them like tanks! (You turn a car by turning the front wheels. You turn a tank by slowing one tread and speeding up the other.) This careful attention to real life detail even extends to the ammunition supply carried by each tank. A visual signal tells you when you're running low and must change strategy to rely on evasive action. Twelve game variations include barriers, cannon, guided missiles and minefields! On-screen digital scoring! Full sync-sound action includes tank engines, cannon fire and explosions! Two players. 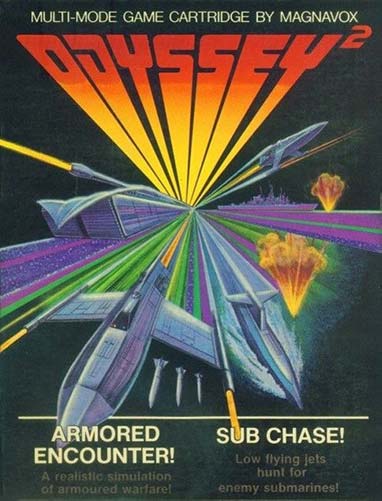