Metro: Last Light (formerly Metro 2034) is a first-person shooter video game developed by Ukrainian studio 4A Games and published by Deep Silver for Microsoft Windows, Xbox 360, and PlayStation 3. It is set for release in May 2013. The game is set in a post-apocalyptic world and features action-oriented gameplay with a combination of survival horror elements.

The game is set in the same post-apocalyptic future as its predecessor, Metro 2033. In it, mankind is struggling to survive beneath the ruins of post-apocalyptic Moscow, in the tunnels of the Metro, away from the deadly threats outside. People and animals who have been exposed to the poisonous substances filling the skies have become mutants who stalk the catacombs and hunt its inhabitants. The survivors are fighting against each other for the remaining resources instead of standing together to fight these dangerous creatures. They all covet an ultimate weapon; a powerful doomsday device from the military vaults of D6. Civil war among the survivors seems imminent and might lead to the end of humanity.

The player is cast as 'Artyom' in Metro: Last Light and has to find a way to make sense of the chaos and be the last light in humanity's darkest hour. The game is story-driven and lets the players experience combat situations where they have to fight with an arsenal of exotic hand-made weapons and fight against both human and mutant foes to progress in the game. The world of Metro: Last Light is designed to be an immersible, atmospheric one. 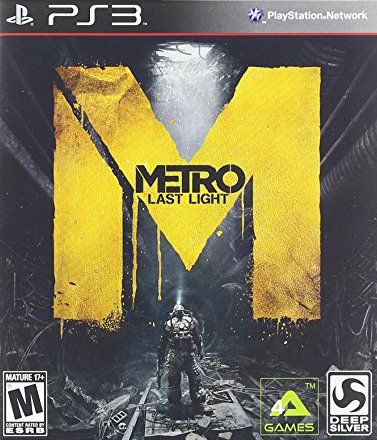