In Lunar Leeper, one of Sierra's earlier arcade games, players had to rescue prisoners on a planet's surface while avoiding the "Leepers", who would leap into the air in an attempt to grab them, and one of the Leepers feature in this game. Similar to Learning with FuzzyWOMP, the player can select one of four games, by moving the Leeper to the icon and pressing the fire button to select it.

Clockwise from the top, the first game encourages the player to select a series of bones that match the number of dogs on the left side. In the second, the player matches a series of items at the bottom of the screen (including letters, shapes, people, and three-letter words) with the one shown on a platform. In these first two games, the correct answer will flash if a wrong one is given.

In the third game, players have to make their way through a maze while they are assisted by a caterpillar. The mazes are randomly generated. Finally, the fourth one has players paint a series of pictures ranging from a house and mountains to a human figure. 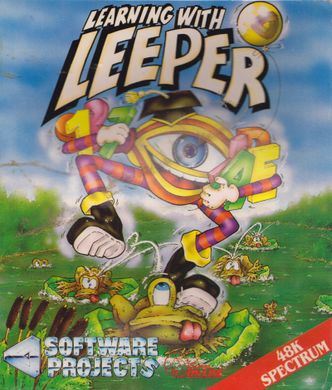