Players guide Lt. Mike Harrigan as he tracks the Predator through seven levels based on the film. Mike's primary concerns are the hostages held around the levels, and the legions of gang members out for blood. He also has to contend with the Predator, both as a boss at the end of each level, and as a time limit - if the player takes too long to rescue a hostage, the Predator will blast the hostage with his tri-laser.

The game is played in a third-person isometric view, with great swarms of easily-killed bad guys, who appear through one-way doors scattered throughout the level. Weapons not only include faster machine guns and shotguns, but also a few highly-advanced Predator weapons the player can pick up and use. Each defeated gang member drops drugs that can be picked up and automatically sent off to the "drug squad" for points. No sounds or music from the film get used, but stills scenes from the film do introduce the levels. 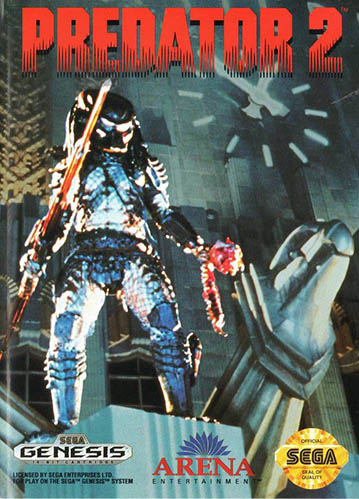