Based on the science fiction movie Aliens from 1986. After the contact got broken to the base on LV-426, Ripley and a group of soldiers make their way to this planet. While the Electric Dreams version of Aliens is a simple action game, this version features six mini games which are related to the movie.

Two of those are action sequences in which the player has to find his way through the complex. He has control over four marines and can switch between them instantly. The other sequences are landing the ship, finding a way through a air duct maze, fending off alien hordes and fighting the alien queen. 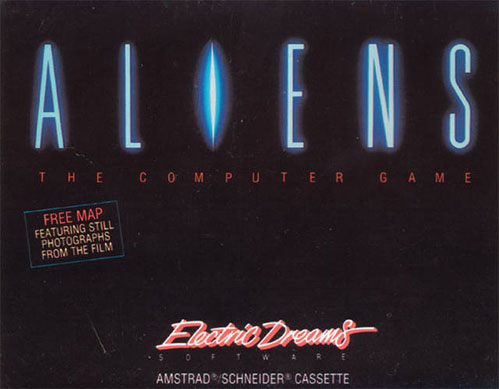