Tempest 2000 is a remake/upgrade of the popular Atari vector graphics-based shooter.

Blast your way through over 100+ levels, shooting the creatures that come out from the other side of the web to drag you in. Collect power-ups (jump, AI robots and more) to trippy graphics and colorful explosions as a thumping techno-house soundtrack blasts in the background.

Collect enough bonuses, and be subjected to two different types of bonus rounds as you navigate through rings, or try to ride a spiral tube.

Also included in the gameplay is an intense two-player mode to team up with or go head to head against another player, or even play a version of the original arcade game. There are four modes of gameplay in all: Traditional Tempest, Tempest Duel, Tempest Plus and Tempest 2000. 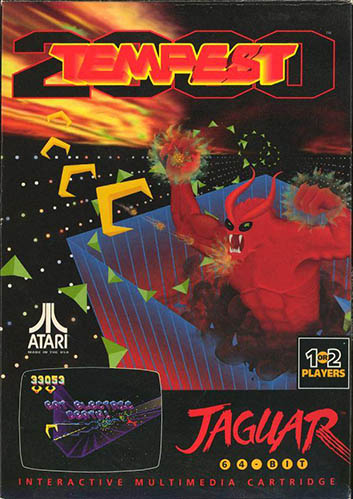