The sequel to Zool sees him take on the bad guys Mental Block and Krool across 15 levels.

Zool 2 is a platform game where you control the titular "Ninja of the Nth Dimension" (or his girlfriend, Zooz, who can complete each level in a slightly different way) as he rampages through a variety of levels, collecting countless tasty treats, shooting any enemies that he encounters and finding bonuses (there's a variety of special power-ups Zool can find - for example, a bomb that follows him and can be blown up at any time to remove on-screen enemies, or a temporary invulnerability). New to the sequel is Zool's ability to scale walls and his new spinning attacks.

On each level you have to collect a certain amount of the featured fruit within an allocated time limit, and then find the exit across the multi-directionally-scrolling levels. There are lots of hidden areas to see, including a bonus Breakout game starring Zool's pet 2-headed dog. 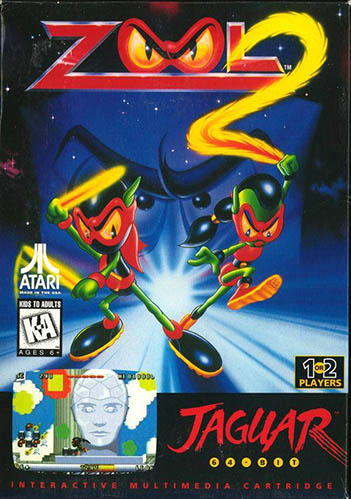