Drift City is a MMO Racing video game developed by NPluto and sponsored by several major automotive companies such as Chrysler, Dodge, Jeep and U1 Technology.

The game takes place in the near future during a worldwide oil shortage. A green crystal dubbed Mittron is discovered on an island in the North Pacific. The island was named after the material, and the Organization for Mittron Development (OMD) is setup to manage the island and its resources. This resource quickly became the preferred fuel for all methods of transportation as Mittron-fueled cars ran much longer, cleaner, and faster than traditional gas-powered cars.Unmanned vehicles dubbed HUVs (High-Tech Unmanned Vehicles) began appearing around the island terrorizing the people. This threat has become so widespread that pedestrians no longer walk the streets for fear of being attacked. As a result, the OMD has started importing professional drivers to assist in destroying the HUVs and uncover the mystery behind their sudden appearance. 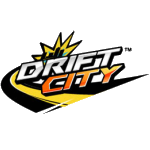