In the near future, Nuclearites bombarded the world. Destructive earthquakes, massive tsunami and dramatic climate changes wreak havoc around the globe, isolating continents and driving the human race into chaos. Those who survive the destruction dream of tranquillity, but an eruption among the human race and the appearance of horrible mutants drives the world into further disorder. Racism and oppression cause rebellious uprisings and war that divide the landscape between two powers: Sapiens and Alternative. At the heart of the war emerges a powerful energy source called the Lunarites. The Lunarites were created by Huxley, a scientist and possible saviour.

Both factions seek glory and victory, fighting mercilessly for the Lunarites and their very existence.

The story was thought to be based on the novel Brave New World by Aldous Huxley, hence the name, however Webzen has stated there are no tie-ins to the book's story saying it was just an inspiration.

The game's visual style is reminiscent of the StarCraft series of games, which are extremely popular in South Korea (where the developer is based). 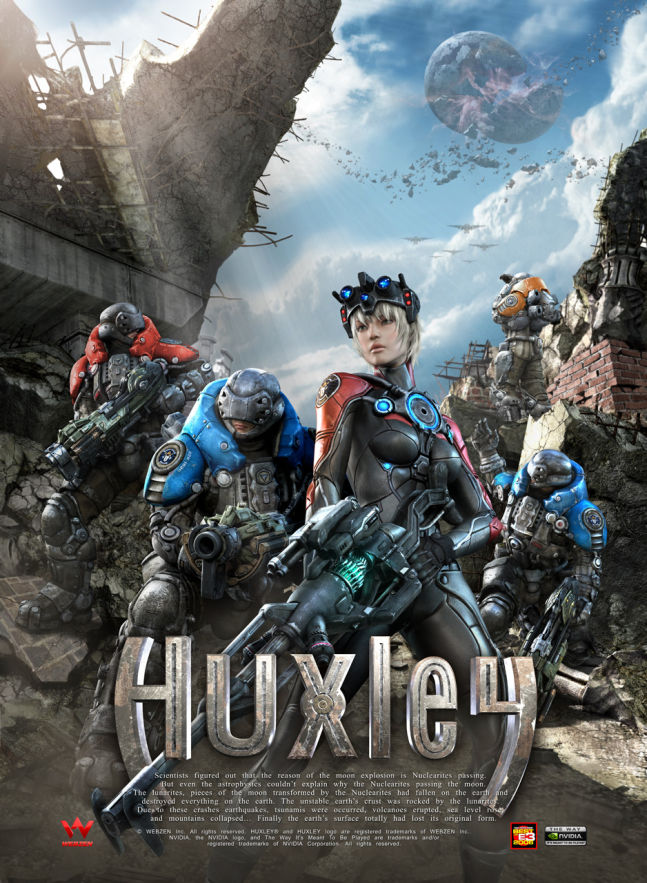