This is the follow-up to Street Fighter III: New Generation. The brothers Yun and Yang are now truly separate characters with different moves, the demonic Akuma known from previous Street Fighter installments returns (though not as regular part of the roster), and two other new characters are introduced.

There are also some notable additions in terms of gameplay. A player can now perform EX Specials, which are powered up versions of the moves at the cost of a reduced Super Art gauge. It's possible to escape from a throwing attack, and a "Personal Action" grants characters specific benefits (Alex receives more attack power for example). Furthermore, there is now a bonus round which tests the parrying skill of the player, as Sean throws basketballs towards him which can be deflected. 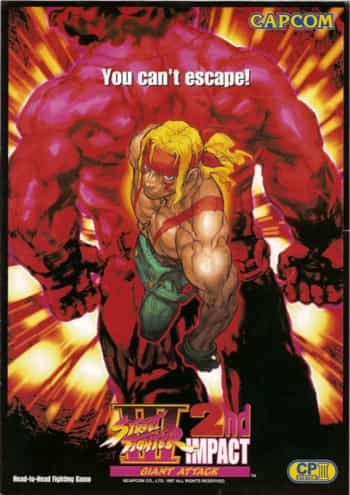