The story picks up from the ending of Sonic 3. Sonic knows there are many Chaos Emeralds hidden on the island, including the powerful Master Emerald, the secret to the island's levitation powers. Worried that Eggman may try to harness this power to fuel a repaired Death Egg and also use it to build a big robot to kill Sonic, he sets off to try and destroy it once and for all, keeping an eye out for Knuckles the Echidna, still smarting from his Launch Base defeat.

Meanwhile, as Robotnik begins repairing the Death Egg, he decides that Knuckles has served his purpose, leaving the possibility that Sonic and Knuckles may fight to the death. Sonic heads through the levels fighting Dr. Eggman at the end of each level. 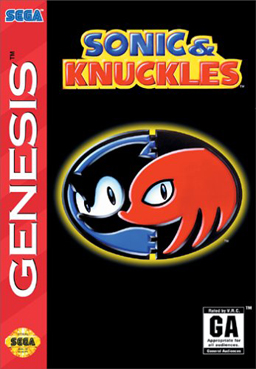