Billy Candle fled the town of Hope when he was young. Beaten by his dad on a daily basis, he looked for a way out and was drawn to the Call of Juarez - a myth about a great treasure buried near the city border of Juarez. His search yields no result and he returns, disappointed, to his birth village to visit his mother. One of the other villagers is Billy's uncle Ray McCall, once a fearsome gunslinger. Twenty years earlier, he decided to shed no more blood and take up the bible instead, becoming a reverend in Hope. When Billy secretly meets with his old friend Suzy, he is chased down the village and becomes an unlucky witness of the murder on his mother and father. He is spotted at the scene near their corpses while the farm is on fire and becomes the prime suspect. Reverend McCall swears vengeance and takes up his guns, disturbing the quiet village life. Fugitive Billy and hunter Ray become the two protagonists of Call of Juarez, a first-person Wild West shooter.

Players alternately take the role of the Billy or Ray. Their missions are set in the same locations, they sometimes briefly meet and their actions influence each other, but the paths are entirely different. Both characters can dual-wield revolvers or carry around a shotgun, a winchester or a rifle with scope, but Ray also holds a bible he can cite from to stun enemies, uses his fists, and he can kick and wear a protective vest. Billy on the other hand is younger and more athletic. He can climb rocks, shoots with a bow and uses a whip to scare off animals and swing from branches. Both characters have access to a time-limited concentration mode. Similar to the "bullet time" made famous by Max Payne, the game slows down and the cross-hairs of the weapons slowly move from the side of the screen to the middle. Players can use this technique to take out multiple enemies at once.

The playing style is also different. Ray usually moves around all guns blazing, while Billy is a fugitive, forcing him to sneak around and hide in shadows. Enemies respond to movement, sound and even flashes of lighting illuminating areas. The story takes the characters through villages, mines, but also train robberies, chase sequences on horses and one-on-one duels based on reflexes. Compared to its contemporaries, Call of Juarez is more similar to Dead Man's Hand with the linear mission structure, in contrast with GUN's large amount of freedom and the open environment.

Most objects can be picked up and moved around to the player's advantage - mainly as cover, but also for building structures, opening drawers, pushing carts and throwing oil lamps followed by a shot to set an area aflame. A compass with a red dot always points to the next checkpoint. Weapons need to be reloaded regularly, automatically or manually, and health is replenished through drinks. Players collect ammo from crates or dead enemies and can choose to exchange weapons.

The multiplayer mode features online play against up to 31 other people in different modes. From deathmatch and team deathmatch to modes like "gold-fever" in which players pick up as much gold as they can find on the map. 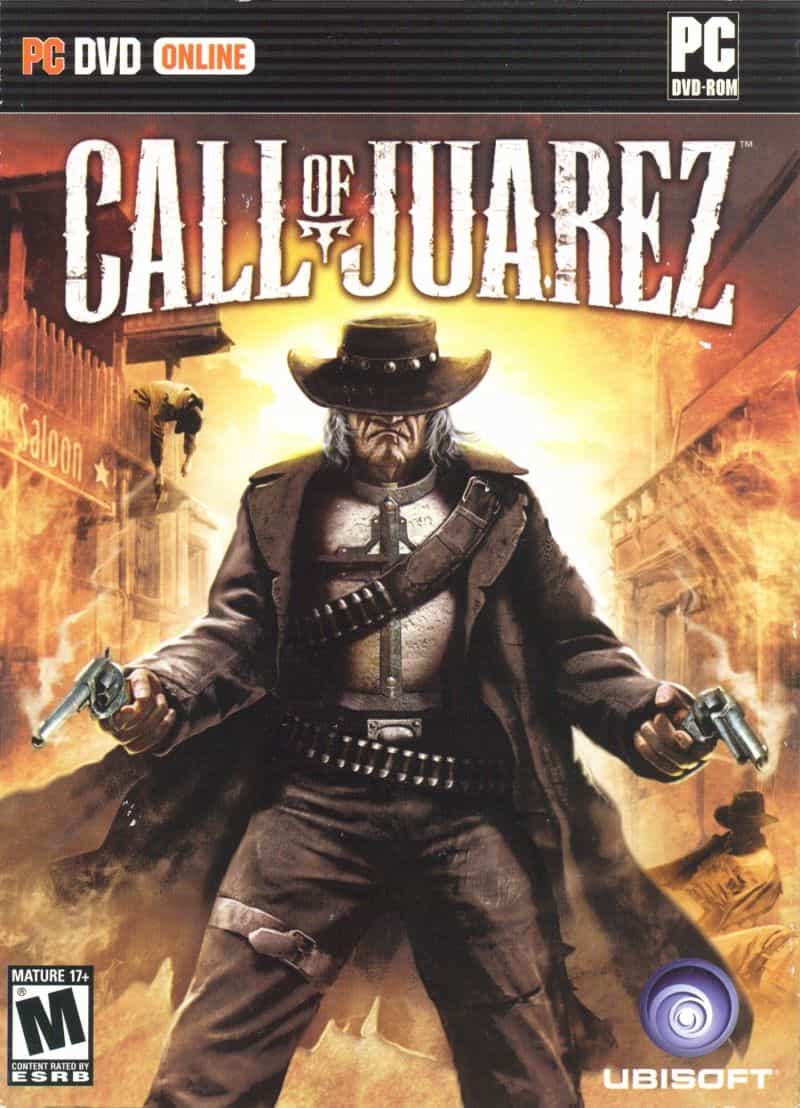