Todd and Rooney are mild-mannered go-getters who believe it is easier and more rewarding to drive a space cruiser than to navigate a desk in some window-less office. One dreary day, Todd gets stuck in his cubicle for several hours because the space exploration business has become a pastime for newly-weds. Not many assignments adorn the dashboard of Todd's wooden, four-legged carpet cruiser until Rooney comes bumbling toward Todd's cubicle.

It seems a new planet has been discovered near Beta Delta and the administration feels it is a big project to explore. Todd and Rooney are perfect for the job! The mission briefing says the planet is a blue-green giant made of some unknown semi-liquid material, but the two gung-ho guinea pigs are out the door before they can read on: The blue-green-but-mostly-green Slime Planet's many winding tunnels and slime meanies await the next victims! 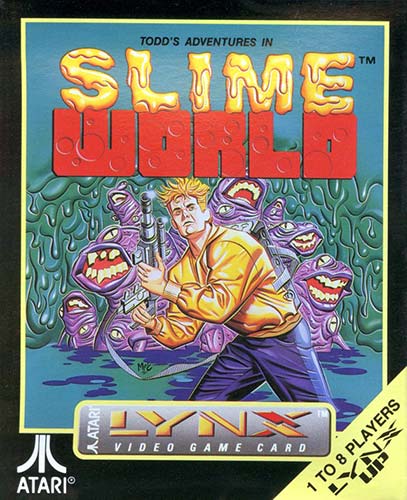