METAL WALKER is set in the distant future, where humans have discovered a new element called "core." This element is used to create highly intelligent and hard-working robots, which have become humanity's source of labor and protection. A group of robots decides that they should control the world's supply of core, and they ruthlessly murder your father and steal his robots. It's up to you to avenge your father's death in this side-scrolling RPG, traveling throughout the world in search of the gang of robots responsible for his death. You'll have to seek out data packets and clues to the gang's hideout from fallen enemies, as well as special core units that will upgrade your robot's abilities. The entire human race is counting on your bravery and battle skills in order to save the world from the threat of the mechanical militia in METAL WALKER. 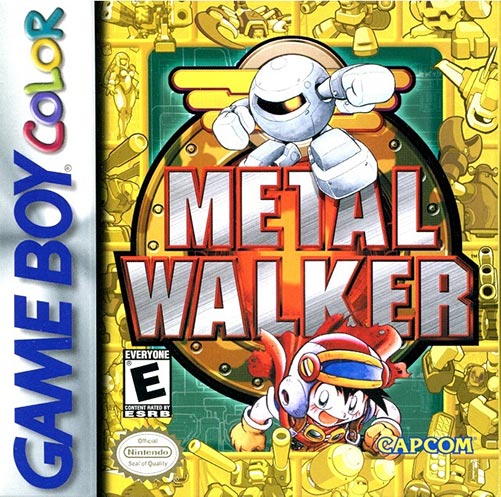