Grid 2 is a racing video game, developed by Codemasters. The sequel to Race Driver: Grid, was released for Microsoft Windows, PlayStation 3 and Xbox 360 on 28 May 2013.

The game includes numerous real world locations such as Paris, numerous United States locations, and many more, and also includes motor vehicles spanning four decades. In addition, it includes a new handling system that developer Codemasters has dubbed 'TrueFeel', which aims to hit a sweet spot between realism and accessibility. Races do not include a first person cockpit view. 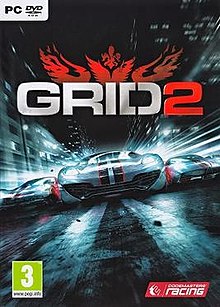