Slam City with Scottie Pippen is a Full-Motion-Video basketball game. It uses proprietary technology to allow switching from one scene to another without lag, which allows for smoother interactive video.

Gameplay is relatively simple, using little more than arrow keys, and is very different from any other basketball simulation. Basketball is merely the subject for the game's plot, involving the new-guy, Ace (the player), and a host of other characters, basketball players or just spectators, all with different personalities. It's basically play one-on-one on a warehouse court and climb the "ladders" until you earn enough respect to play against Scottie Pippen.

The game features a total of 13 characters, 5 of which the player has an option to play against, all of which are played by real actors. 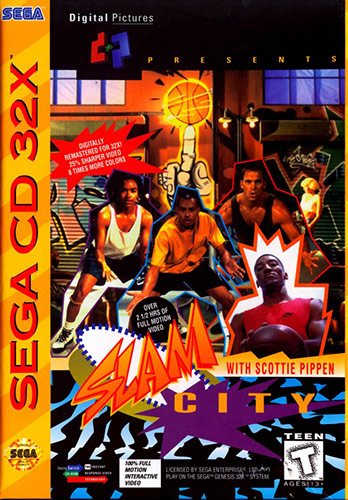