In the year 2035, humanity discovers a giant pyramid on the planet Mars. It turns out to have been created by the ancient people of Mu, whose advanced civilization had been forgotten by Earth, and who counterattack following humanity's intrusion. The player takes control of a ship leading the resistance by flying directly into the pyramid.

Pyramid Patrol is a very traditional FMV-based rail shooter. The player's ship and small enemies are sprites, while the stages are presented using full-screen FMV stored as laserdisc video. 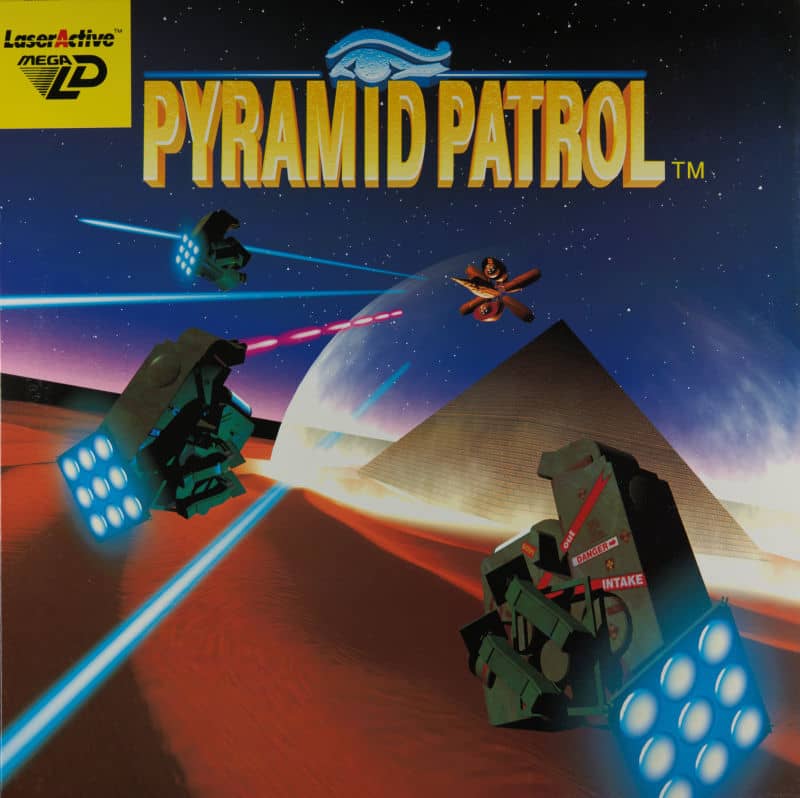