Cobra Command is an arcade helicopter shooting game from Data East. It is an "on rails" style shooter with the player controlling only the aiming of the shooting but not the direction of the helicopter.

Your job is to shoot down the enemies as you are flown through footage of New York streets, the Statue of Liberty, the Atlantic Ocean, Italy, the Grand Canyon and finally, the treacherous corners and return fire of the enemy's stronghold on Easter Island.

There is no background music to go along with the sound effects. The levels are fairly short with a total game run through possible in about 20 minutes. 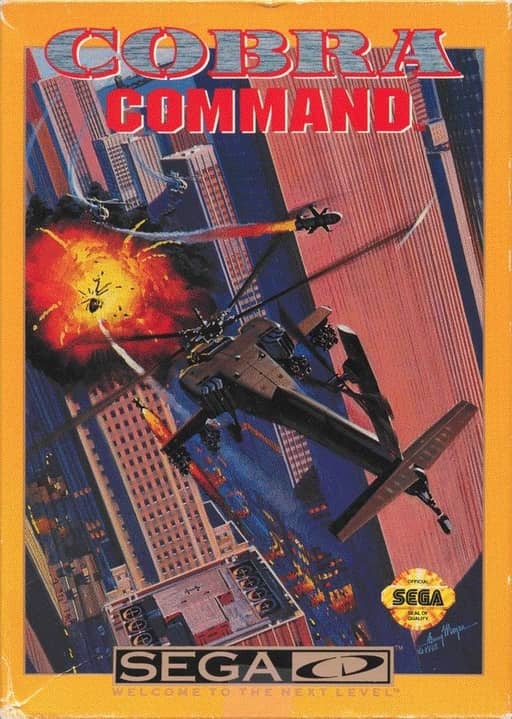