This interactive movie is adapted from an experimental film originally broadcast in Germany in 1991. It presents the perspectives of its two main characters simultaneously in separate 90-minute films; in its original broadcast viewers had to switch back and forth between channels in order to switch between story threads, while in this version players can instantaneously switch between streams with the press of a button. Understanding the plot's mysteries requires players to follow subplots as they unfold in both films.

An artist named Stefan is drawn into the TV industry where he meets Christine, a production assistant. The two discover that Christine's boss, Octave, is a serial murderer and team up to reveal him. 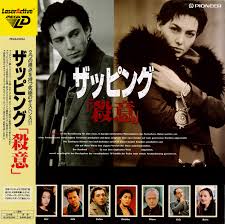